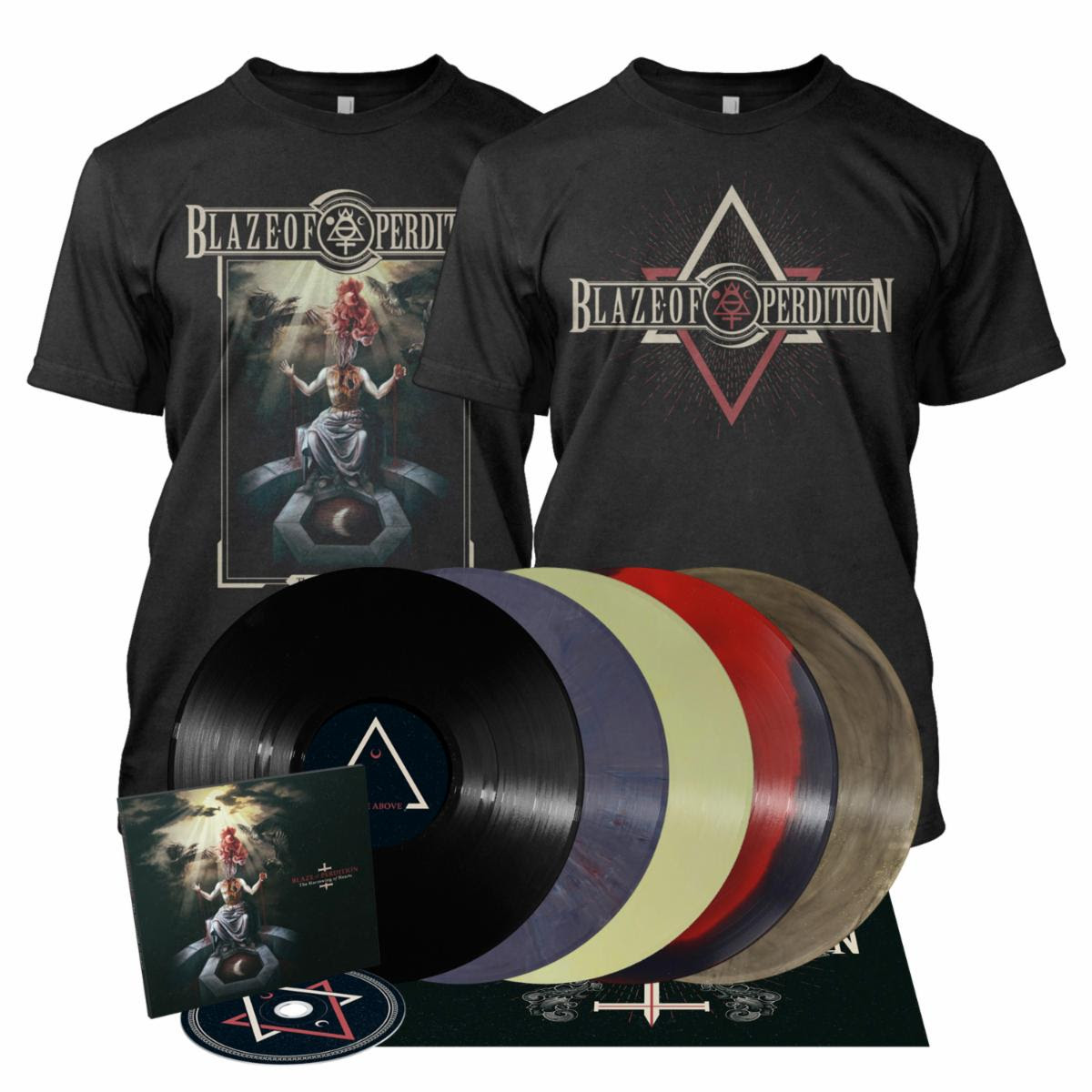 Existing at the forefront of the Polish black metal movement, Blaze Of Perdition return with their fifth full-length, The Harrowing Of Hearts – their most urgent, refined, dynamic and accomplished work to date. Richly layered, it is also their most textured release, and they dive ever deeper into the themes they have been exploring since dropping their debut full-length in 2010, Towards The Blaze Of Perdition. “I would say the new record is to 2017’s ‘Conscious Darkness‘ what [2011’s] ‘The Hierophant‘ was for ‘Towards The Blaze Of Perdition‘ – a continuation of the initial idea, but in more energetic and catchy form. Perhaps more approachable and listener-friendly, but it’s not up to me to decide,” states vocalist Sonneillon. “Although some gothic rock influences could be heard on ‘Conscious Darkness‘, here we took them out of the shadows and let them shine in the spotlight. It’s also our most collectively written effort so far, with every band member throwing something meaningful to the whole.”

Working with the same producer they’ve been teaming with since 2013 and with artwork designed by Izabela Grabda (facebook.com/Koniec-Czasu-100131781332285 // instagram.com/koniec.czasu), every aspect of The Harrowing Of Hearts has come together as intended, and with Metal Blade now behind them, the band are now ready to work their asses off to spread their name ever further. It’s also safe to say the members of Blaze Of Perdition don’t feel like they have anything to prove going into 2020. “To me, art isn’t about proving anything to anyone, it’s about the expression of whatever one wants to express and channeling emotions and/or abstract concepts into something perceptible, something that might turn out to be just as precious for others. Focusing on proving anything to anyone usually doesn’t do any good for artistic endeavors.”

The Harrowing of Hearts track-listing
1. Suffering Made Bliss
2. With Madman’s Faith
3. Transmutation of Sins
4. Królestwo Niebieskie
5. What Christ Has Kept Apart
6. The Great Seducer
7. Moonchild

Stitched Up Heart Release The Music Video For “Warrior”

The Ferrymen – A New Evil

Spread Eagle – Subway To The Stars

The Brink – Nowhere To Run

L.A. Guns – The Devil You Know

Candlemass – The Door To Doom