Skip to content
Swedish melodic death metal pioneers AT THE GATES recently wrapped a successful run of international summer festival appearances and will continue to tour in support of their highly acclaimed album To Drink From The Night Itself (Century Media Records, 2018). The band is set to tour across North America in an All-Swedish package with Amon Amarth, labelmates Arch Enemy and Grand Magus, before heading out on another European tour, this time as headliners with Nifelheim and labelmates Deserted Fear as support.
“Finally it is time for us to return to Europe for a real headline run! We have been looking forward to this for a while…It is always so special playing in front of your own crowd. We can’t wait for these special shows. We also have the privilege to share the tour with our Swedish metal brothers Nifelheim. We have played a few select shows in Sweden together before and it is always a blast. This will be the one tour you don’t want to miss this winter. We are all very fired up! Along for the ride is also German death metal warriors Deserted Fear. Prepare for a night of classic metal mayhem in your hometown! See you there,” states AT THE GATES frontman Tomas Lindberg about the band’s upcoming tour dates,
For more information on upcoming tour dates and to purchase tickets, visit the band’s website HERE. All tour dates are listed below. 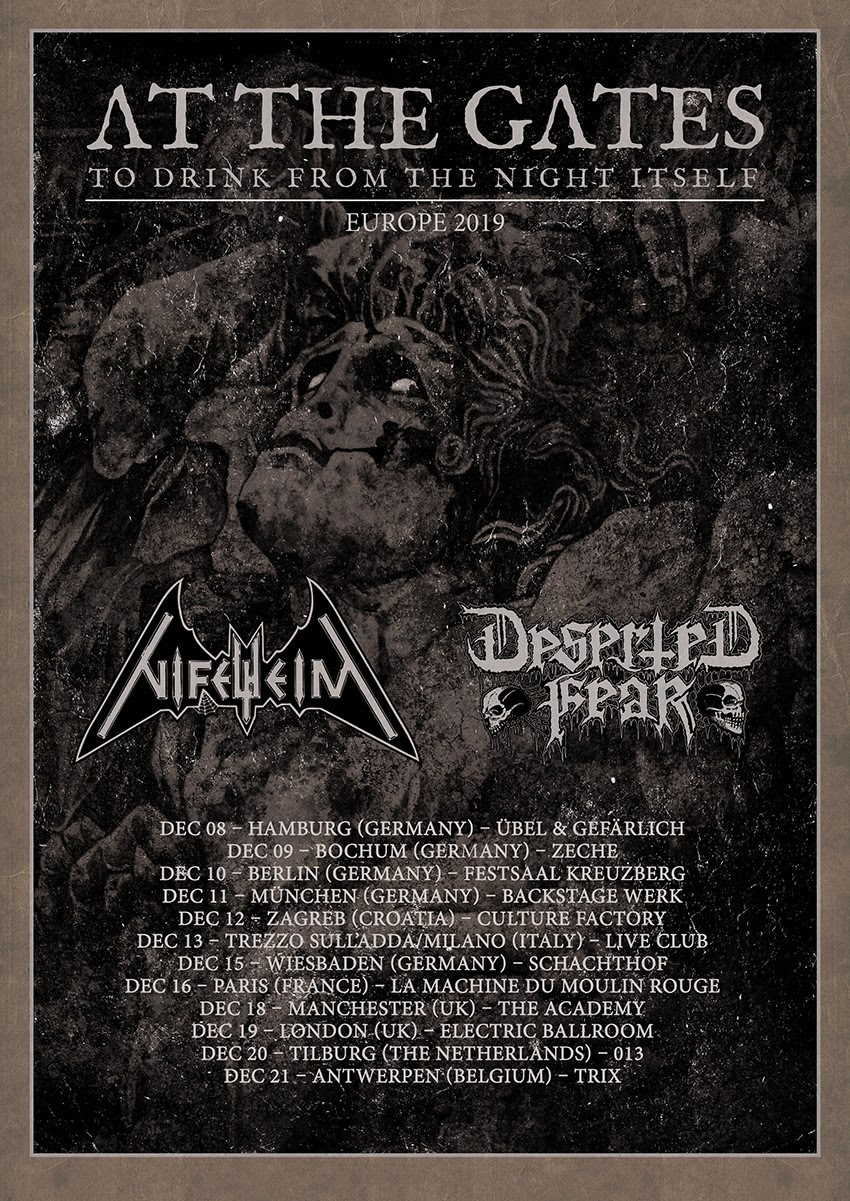