Skip to content
STEEL PANTHER TO MAKE HALLOWEEN A WHOLE LOT
SEXIER WITH THEIR NEXT VIRTUAL CONCERT
THE HALLOWEENIE RIDE LIVESCREAM
BRINGING BACK HALLOWEEN FROM THE DEAD
Live from the Iconic Viper Room in West Hollywood California
and Presented by Monster Energy
Tickets now available here: http://bit.ly/halloweenieride
Steel Panther continue to make headlines with their daily video vignettes helping folks know what day of the week it is. A short musical intro gives way to a band member explaining which day it is for their viewers. The series has gained such popularity that various entertainment friends have made cameos as well. Corey Taylor of Slipknot/Stone Sour, Scott Ian of Anthrax, Chris Kael and Jason Hook of Five Finger Death Punch, Kid Rock, George Lopez, Myles Kennedy and Mark Tremonti of Alter Bridge, Rob Riggle and Joey Fatone of ‘N Sync have all shown up on the popular video series. The videos can be seen daily on all social media platforms.
More information for all things Steel Panther can be found at www.steelpantherrocks.com.
One Two – Michael’s coming for you. Three Four – Satchel wants your whores. Five Six – your new dad is Stix. Seven Eight – Lexxi Foxx looks great. Nine Ten – Panther’s bringing Halloween back again.
California rock legends and candy corn aficionados Steel Panther are back with another livestream concert event on October 31st, The Halloweenie Ride Livescream. The concert event will be live from the iconic Viper Room in West Hollywood, CA, a new location for Steel Panther’s livestreams but an old home in the band’s history. The show will be live globally at 2:00PM Los Angeles time, 5:00PM New York City time, 10:00PM (22:00) London time, 11:00PM (23:00) Berlin time, 5:00AM (Monday morning) Hong Kong time and 8:00AM (Monday morning) Sydney time. Tickets for the “livescream” concert are $15.00 in advance and $17.00 day of show.
The Halloweenie Ride Livescream is guaranteed to bring back Halloween from the dead. The band has filmed a series of all new sketch comedy pieces that will be played throughout the show giving the virtual experience more depth and laughs. The band will again be interacting with fans around the globe via a live chat. All fans who purchase tickets to the concert will get access to Steel Panther’s Rockbuster Video Store. The Rockbuster Video Store will be a place where fans can access exclusive content to stream for a period of time. Currently, Rockdown in the Lockdown, The Concert To Save The World and the classic Live From Lexxi’s Mom’s Garage will be available with ticket purchase and more content will be added. All Fanther fan club members will get a free ticket to the event. The “You Can’t Beat The Meat & Greet” VIP upgrade is also available that includes access to a virtual one-on-one meet & greet, private video chat with all 4 band members and a screen shot selfie.
The Halloweenie Ride Livescream is being sponsored by Monster Energy and all tickets and VIP upgrades are available here: http://bit.ly/halloweenieride.
“Carve your scariest jack-(off)o-lanterns. Get your sluttiest Halloween costume on and prepare for the all the musical tricks and treats you can handle in one livestream. It is also the one day a year where no one bitches about having to wear a mask. It’s better than a Ferris wheel or a water slide. It’s The Halloweenie Ride Livescream.” 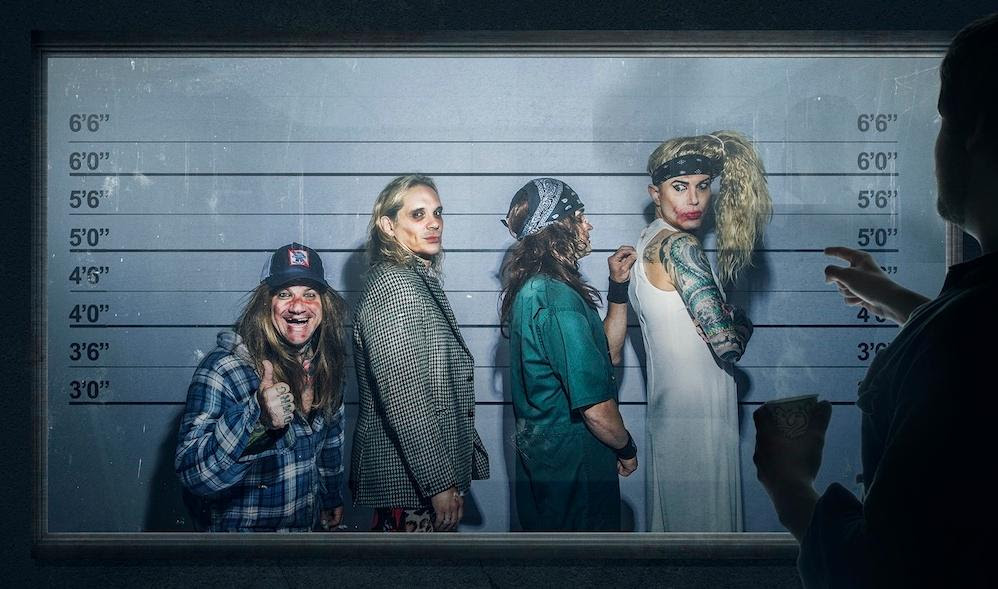 Sacred Reich launches video for “Something to Believe”

Jeff Scott Soto Releases New Video For “Without You”

Sacred Reich launches video for “Something to Believe”

Jeff Scott Soto Releases New Video For “Without You”