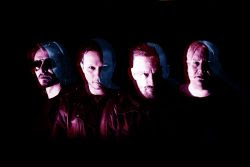 Today THE KILLERHERTZ are celebrating the release of their brand-new, by Flemming Rasmussen refined, album „A Mirror’s Portrait“, which convinces with pure Modern Hard Rock and a pinch of Danish Rock vibes.

With fresh impetus and a whole load of pent-up energy, the Danish Hard Rock band THE KILLERHERTZ have recorded their second album „A Mirror’s Portrait“ in the Earplug Studio and former Metallica producer Flemming Rasmussen was again responsible for mix and mastering. With singer and guitarist Thomas Trold, the band founded in 2011, has once again produced a powerful Hard ’n‘ Heavy album with all in all ten songs, which will not only convince friends of the debut from 2014 „A Killer Anthem“ and will be now released through Dr. Music Records. The band from Kastrup near Copenhagen offers the highest level of variety and joy of playing in terms of sound and songs. Their music is the link between the 80s and 90s Heavy Metal Scene with bands like Metallica or Megadeth, in combination with Modern Hard Rock and a pinch of Danish Rock sounds in style of Pretty Maids. The entertaining music video for “Teenage Rebellion“, which has been directed by Jan Klausen, has been released already: https://youtu.be/l26Ajqw965A 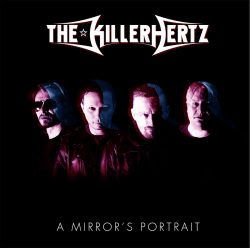 The songs by THE KILLERHERTZ are reflecting the experiences of life of their frontman, who won with his former band PitchBlack the award for the ‚Debut of the Year 2007‘ at the Danish Metal Awards ten years ago. His lyrics deal with the multi-dimensional aspects of everyday life, such as interpersonal crises, broken relationships or loss in a sensitive way that touches the listener in a sensitive way. THE KILLERHERTZ convince on „A Mirror’s Portrait“, besides their lyrics, with a big Modern Rock guitar arrangement as well as radio and wide screen Rock elements, which clearly stands out from the current underground scene.

News and current tour dates can be found on the Facebook page of the rockin’ Danes. Details at length of THE KILLERHERTZ and their new album are also in the band’s profile.